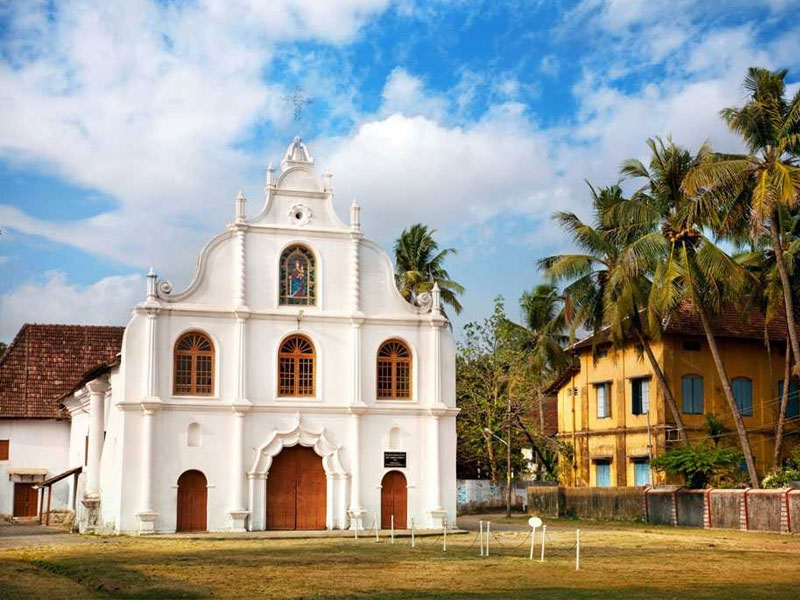 St. Francis Church, the oldest church in India built by the Europeans (The Protestant church was built originally by the Portuguese in AD 1510 and is believed to be the first church built by Europeans in India). Vasco Da Gama the Governor of Portuguese territories in India was buried in here before his mortal remains were taken to Portugal, fourteen years after his death. But the original tablet still remains here.