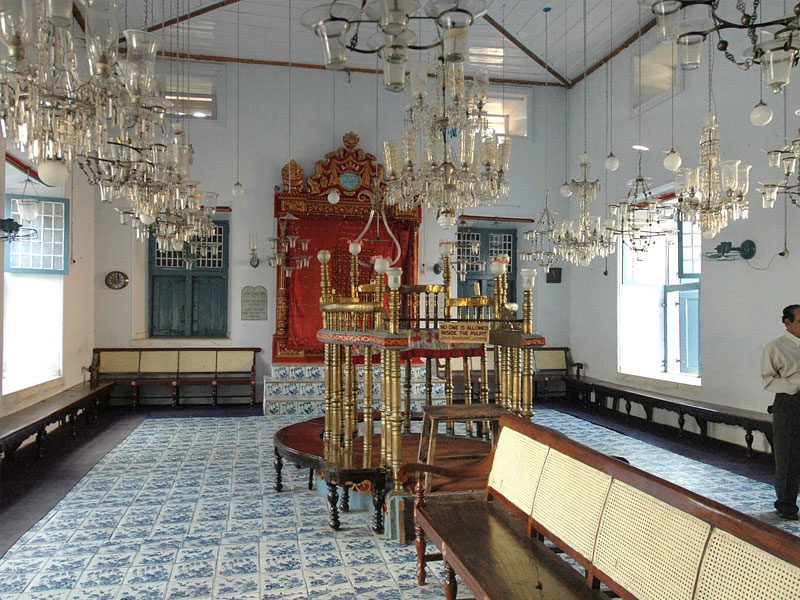 The Synagogue at Mattancherry built in 1568. The Great Scrolls of the Old Testament, the Copper Plates on which the grants of privilege made by the Cochin rulers were recorded and the exquisite Chinese hand-painted tiles are of interest, it is the oldest Synagogue in the Common Wealth Countries. It was partially destroyed in the war of 1662, but was rebuilt by Dutch. In the mid 18th century a clock tower was added to the structure.